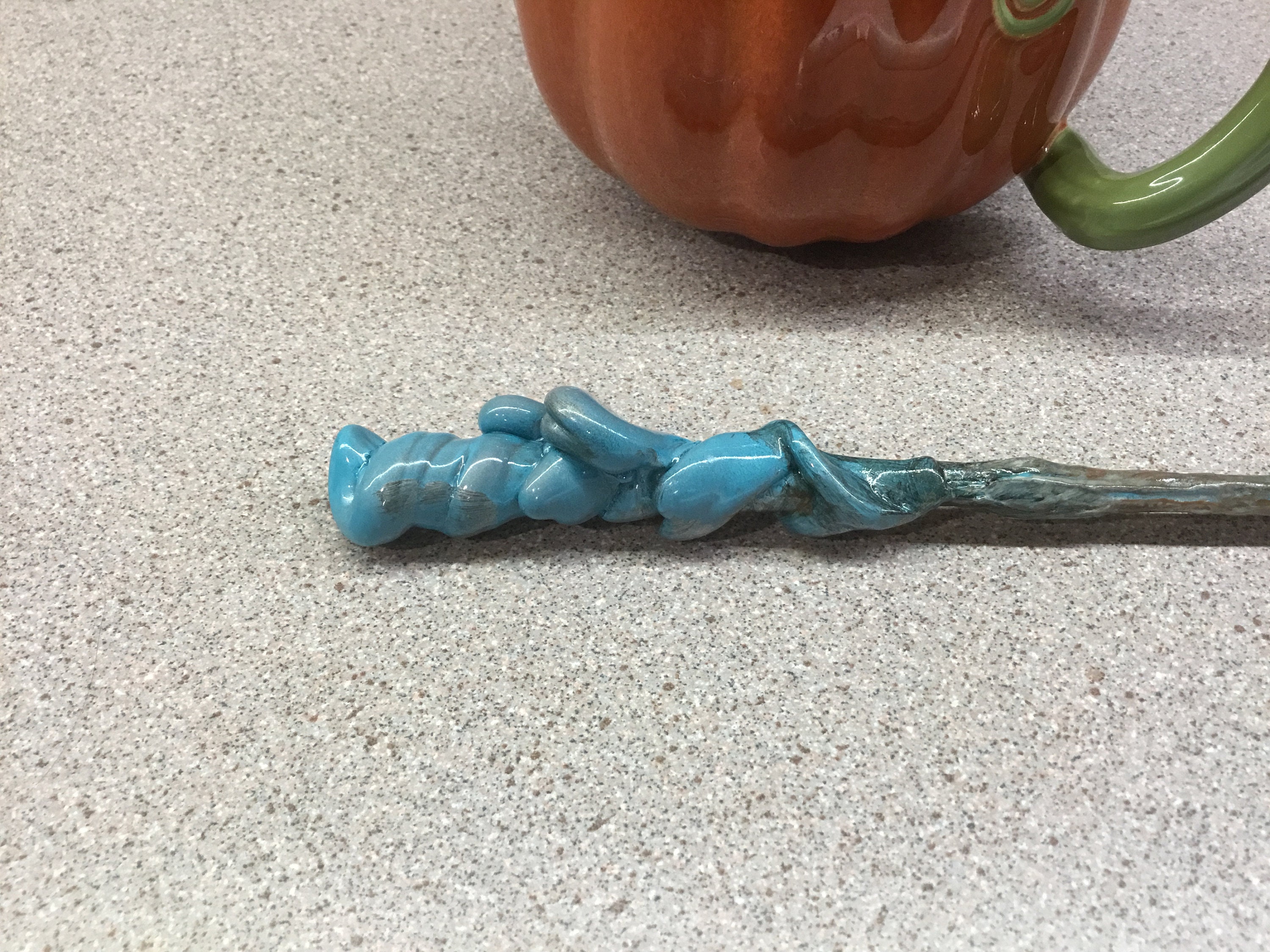 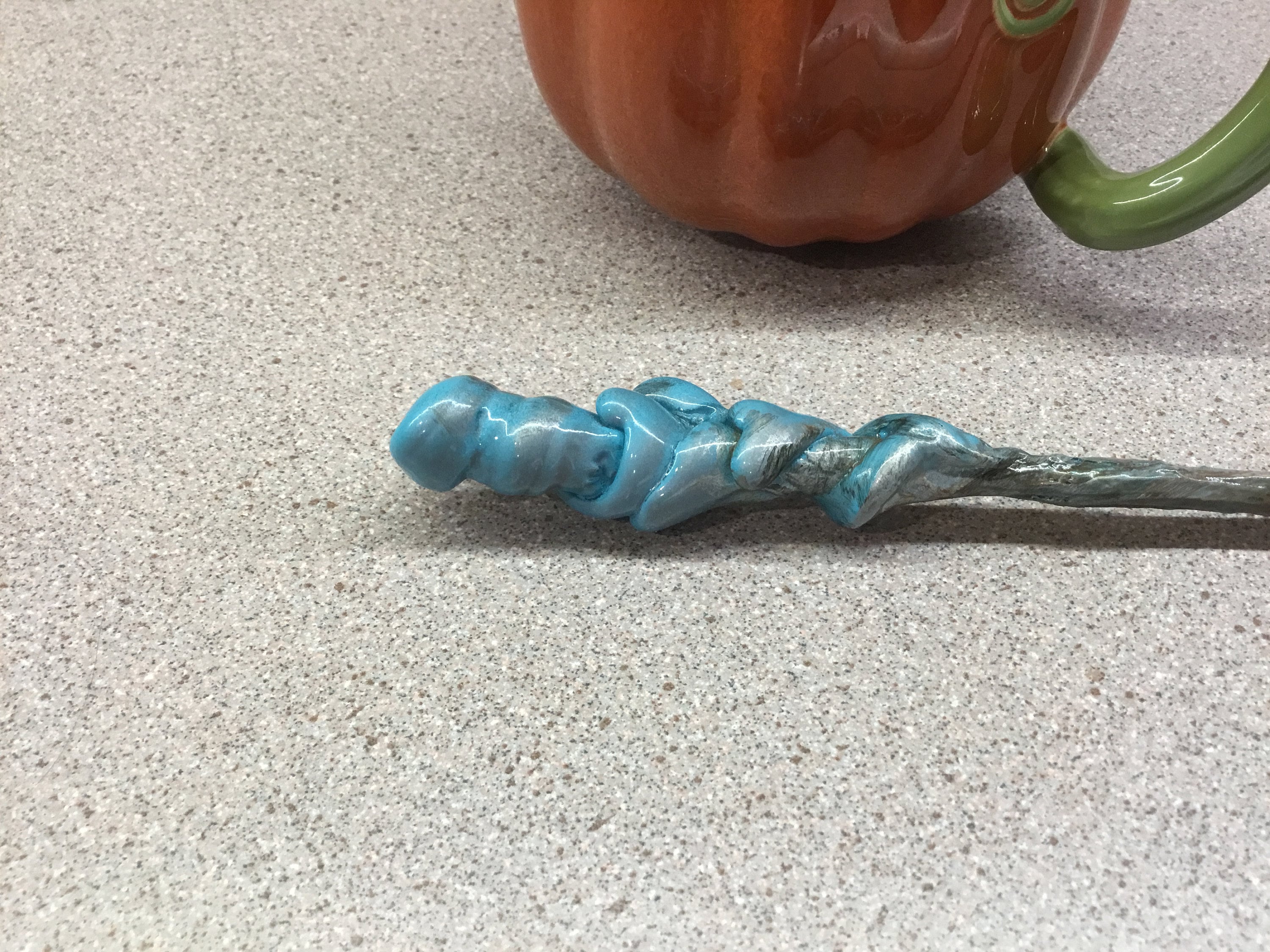 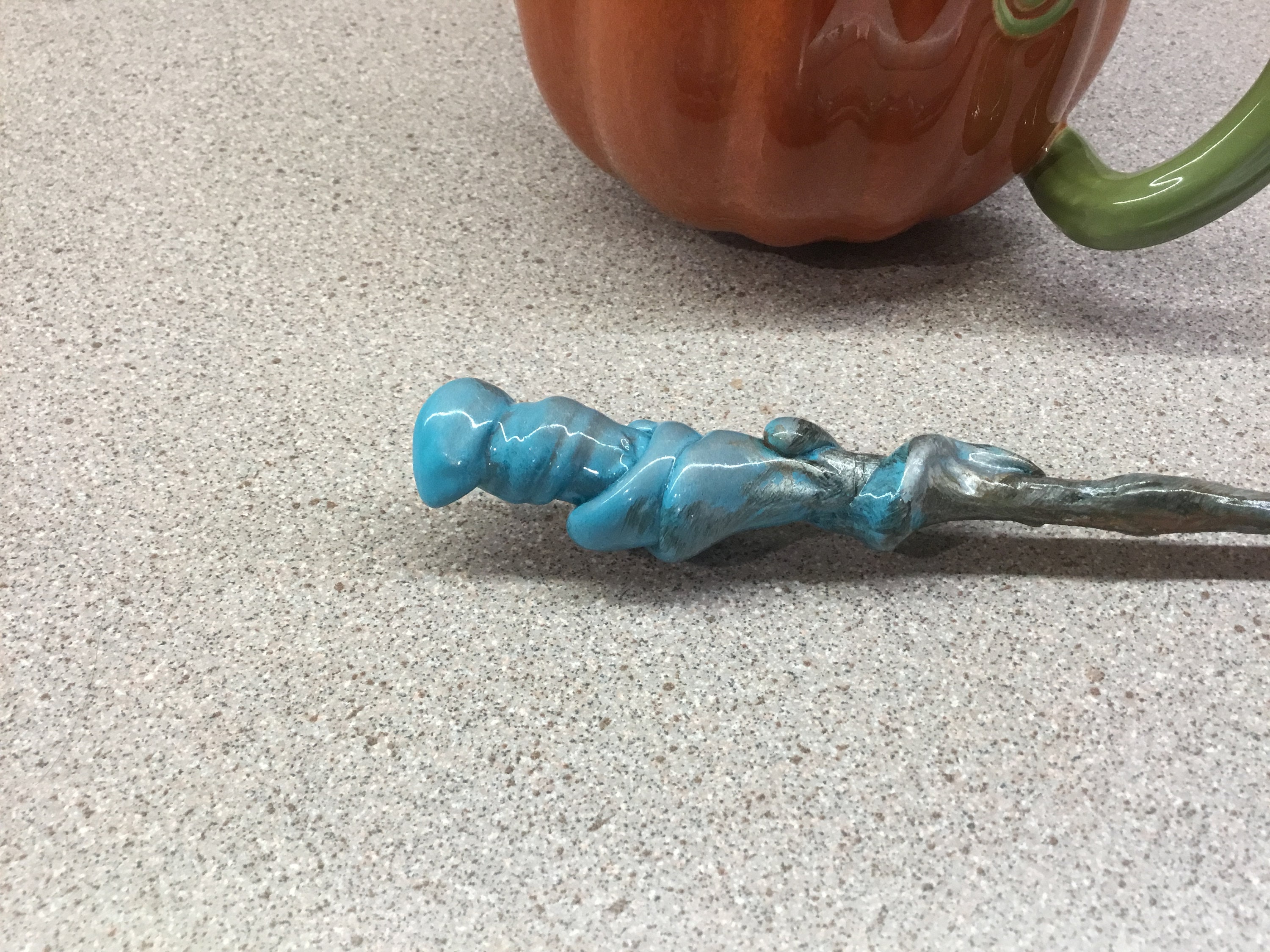 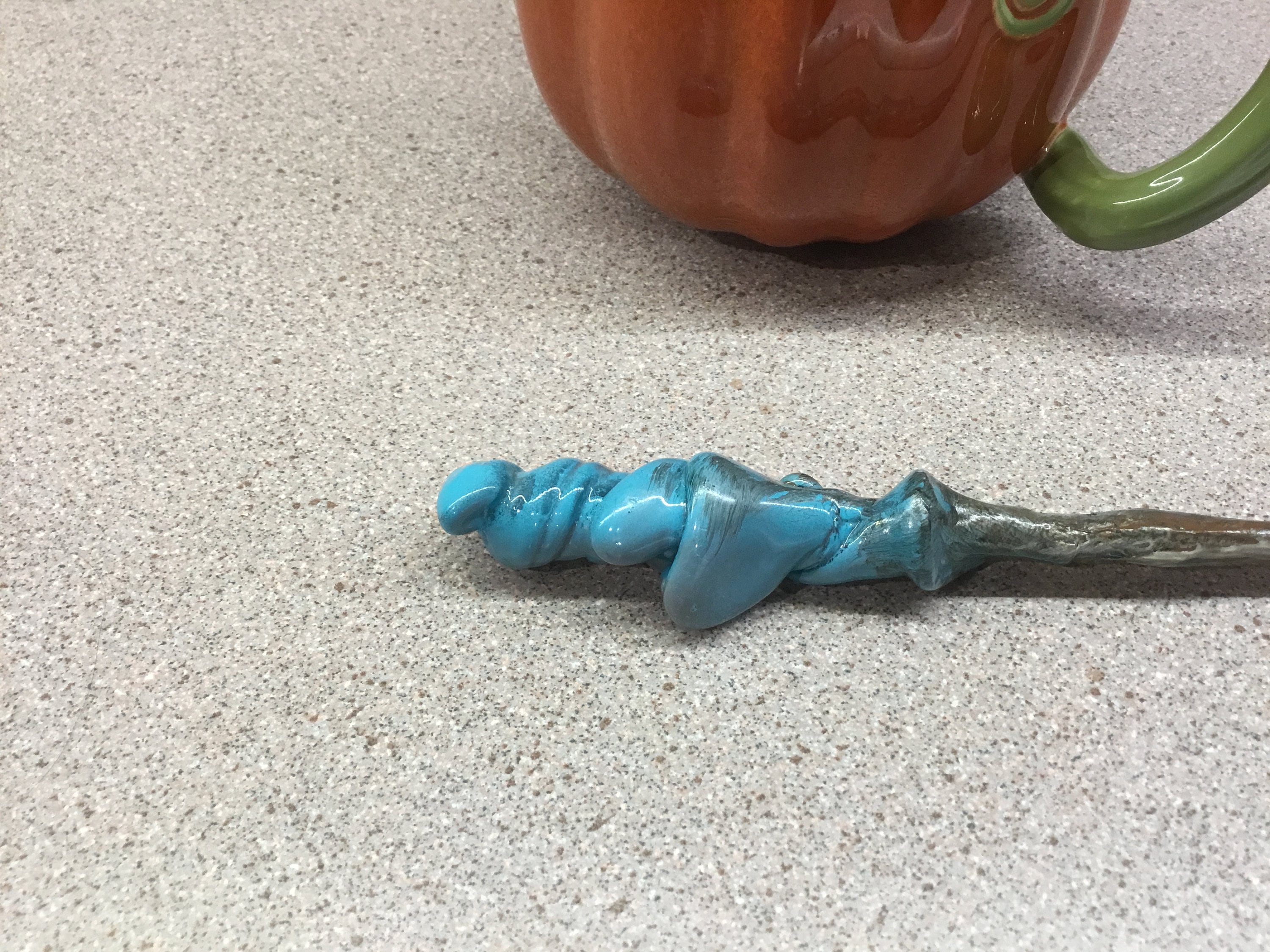 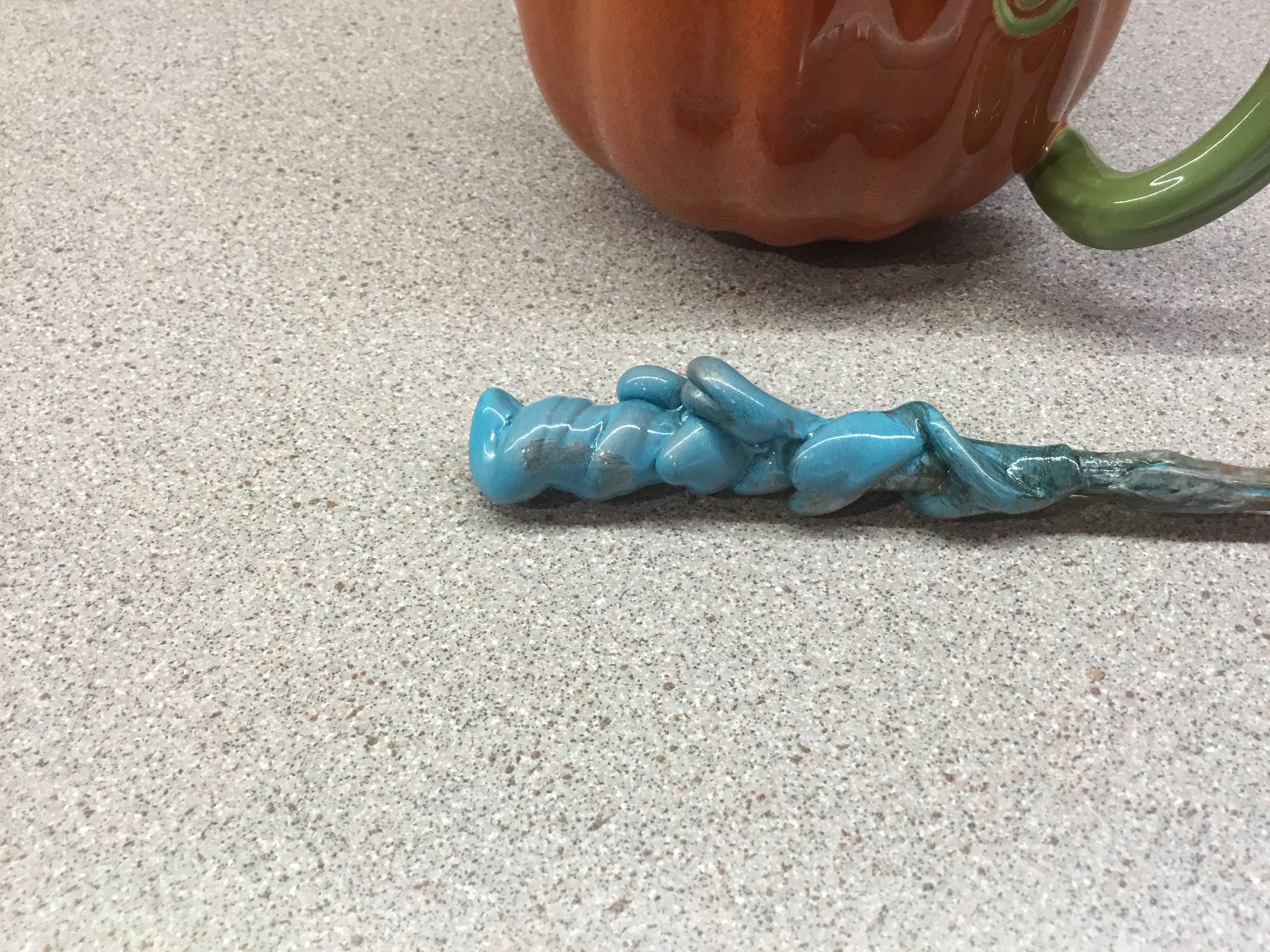 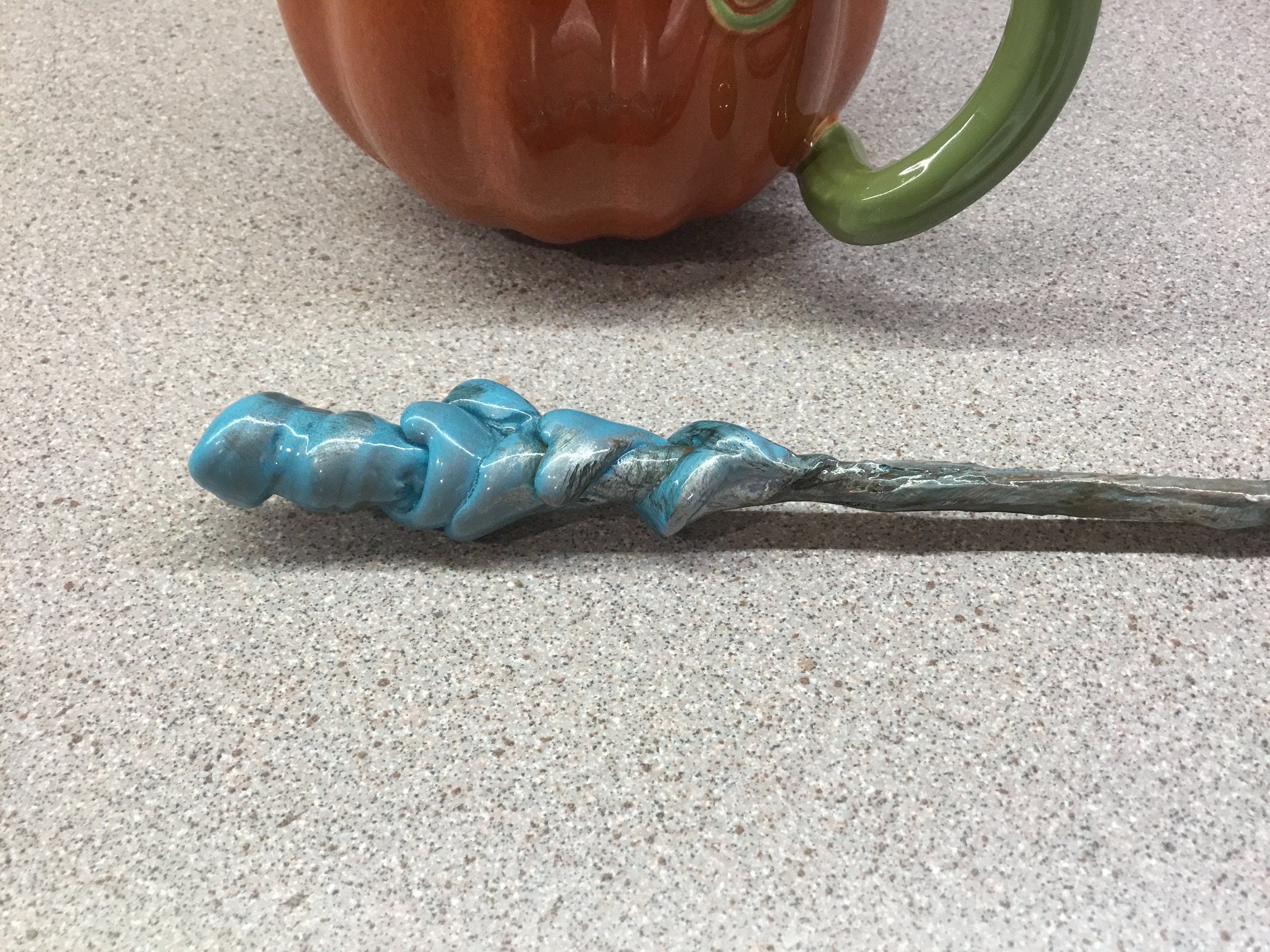 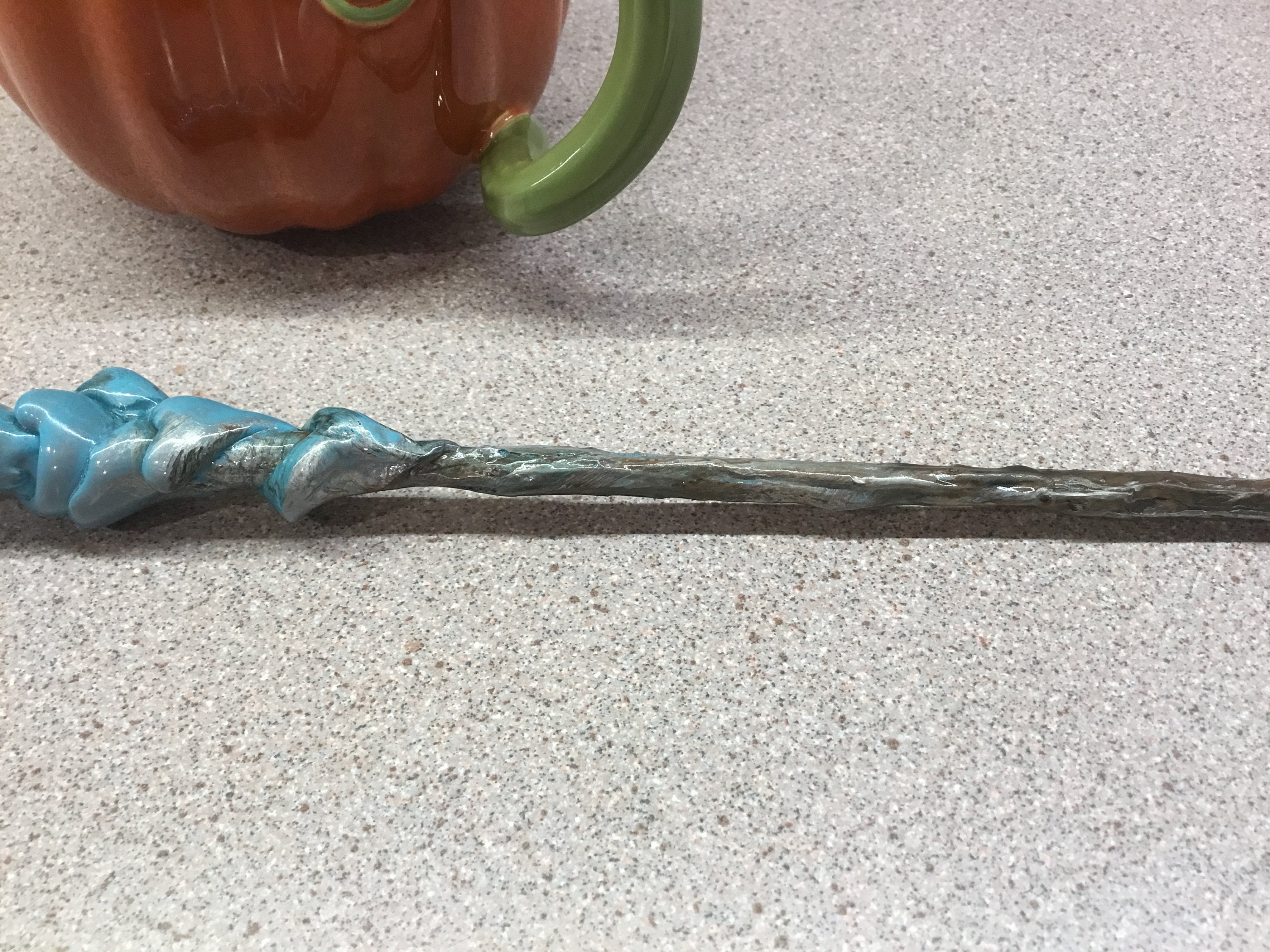 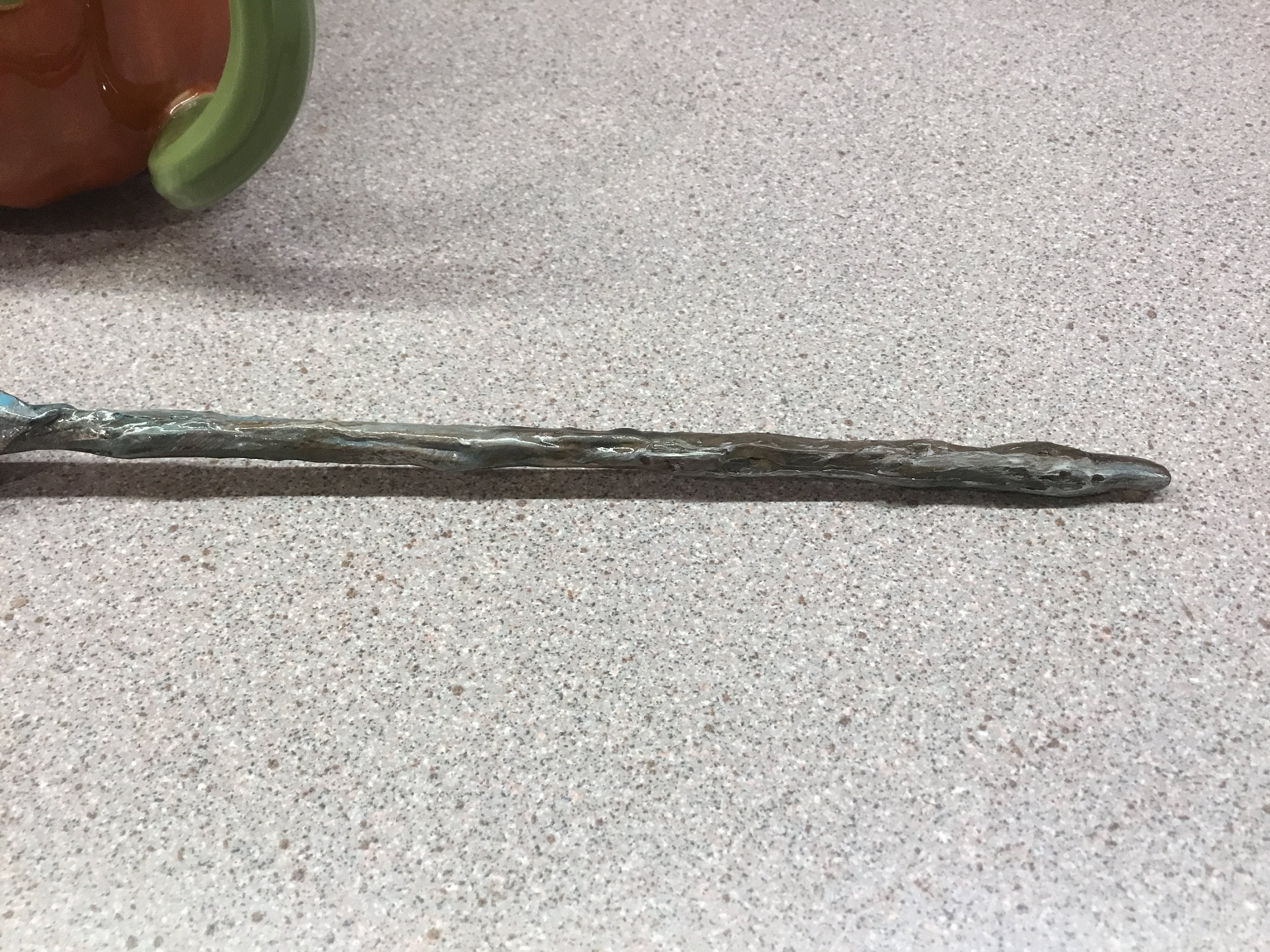 This exquisite 10.25 inch magical wand is a great gift for all ages. Great for birthdays, anniversaries and holidays for every Harry Potter and fantasy lover. Plus, a great addition to your role play costume or comicon collection. Good for witches and wizards of all ages including LARP or live action role play, renfair and comicon costumes and blizzcon outfits or if you just like to collect magical artifacts.

🦋 “The Ghost Forged Branch” This wand is made out of Rosewood carved in the fluidity of water from the sea, which tends to favor those with incredible destinies. The bade is made out of Juniper Wood, which in turn mostly seeks out those who tend to make the right choice. However, the combination of this strand of Rosewood and Juniper Wood means the wand will seek out somebody who's destined for a long, successful life.

A wand usually has 1 or 2 cores, but some have 3, this wand has 3 cores. A core of phoenix feather which enhances the owner's courage, especially in dire situations and ghost essence is added to magnify the power of the phoenix feather core. Finally, a core of hellhound tail hair is added in small amounts to enhances natural magic spells.

The wand measures 10.25" and has a luxurious look to it. The particular strand of Rosewood used in this wand is common, which lowers the price of the wand and phoenix feather is quite common as well, resulting in a wand priced in the lower range. 🦋

The Crisp blues, whites and silvers of this wand are adorned with Swarovski sky blue crystals and AB clear Swarovski crystals. A true work of art!