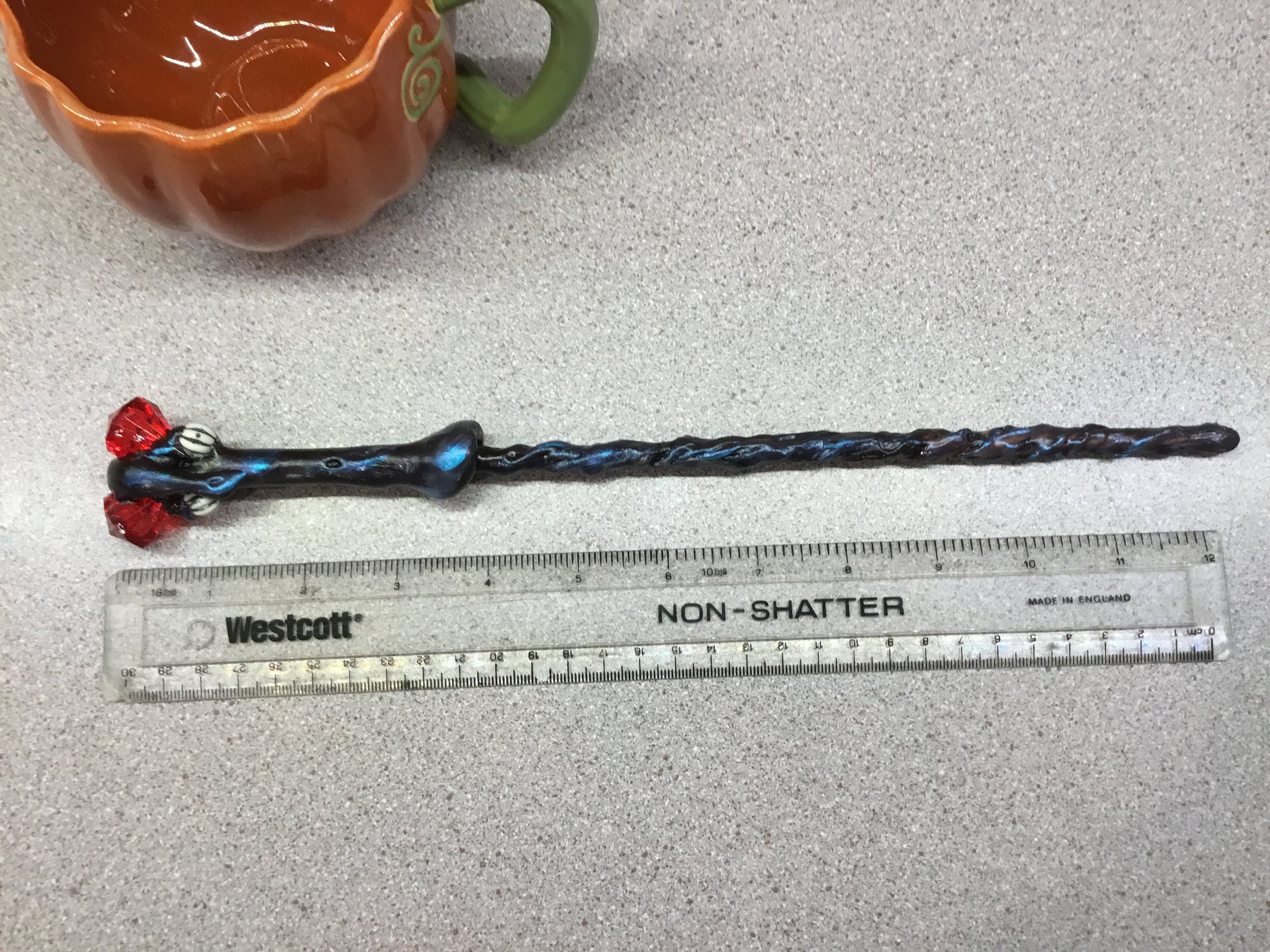 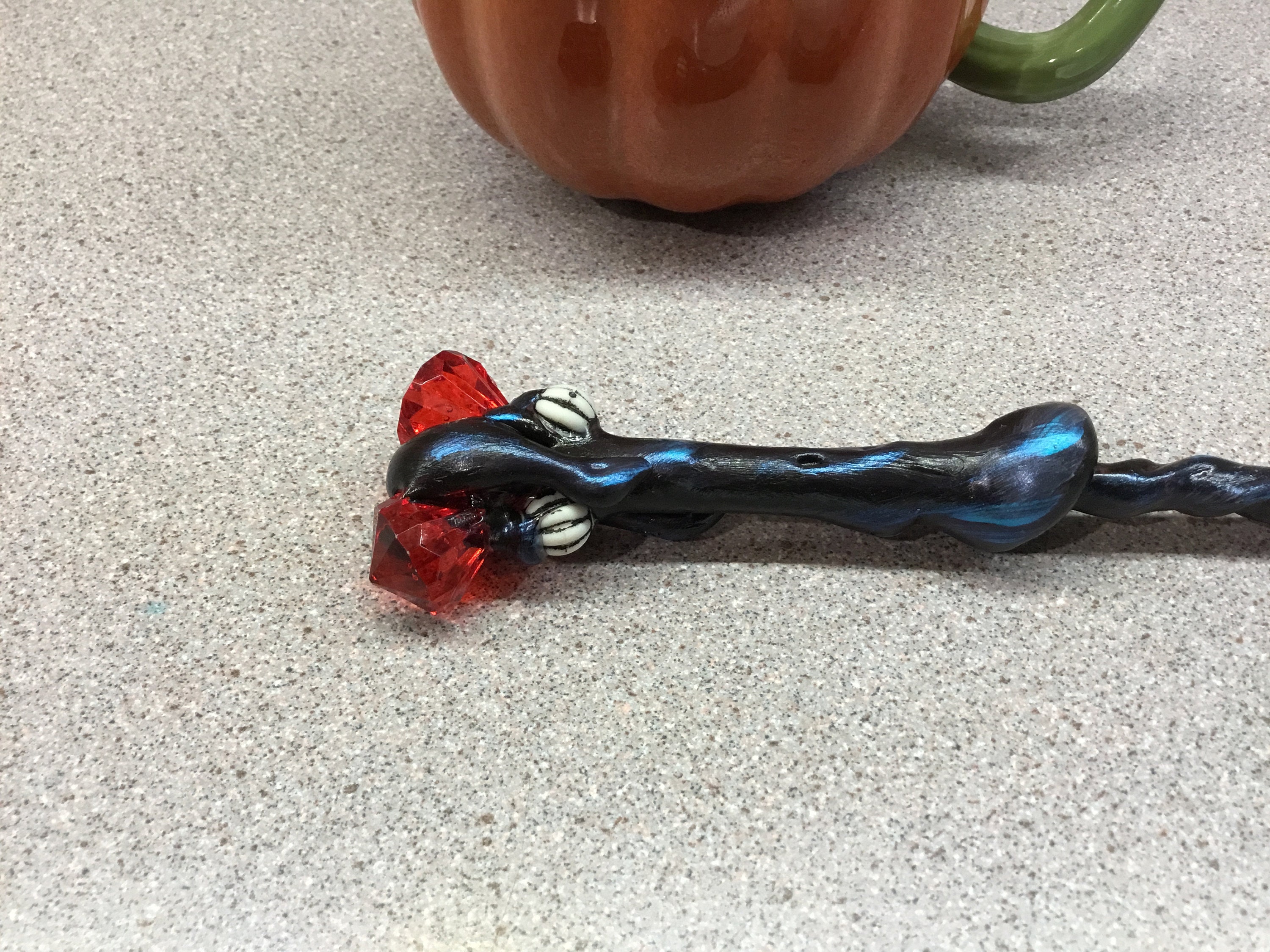 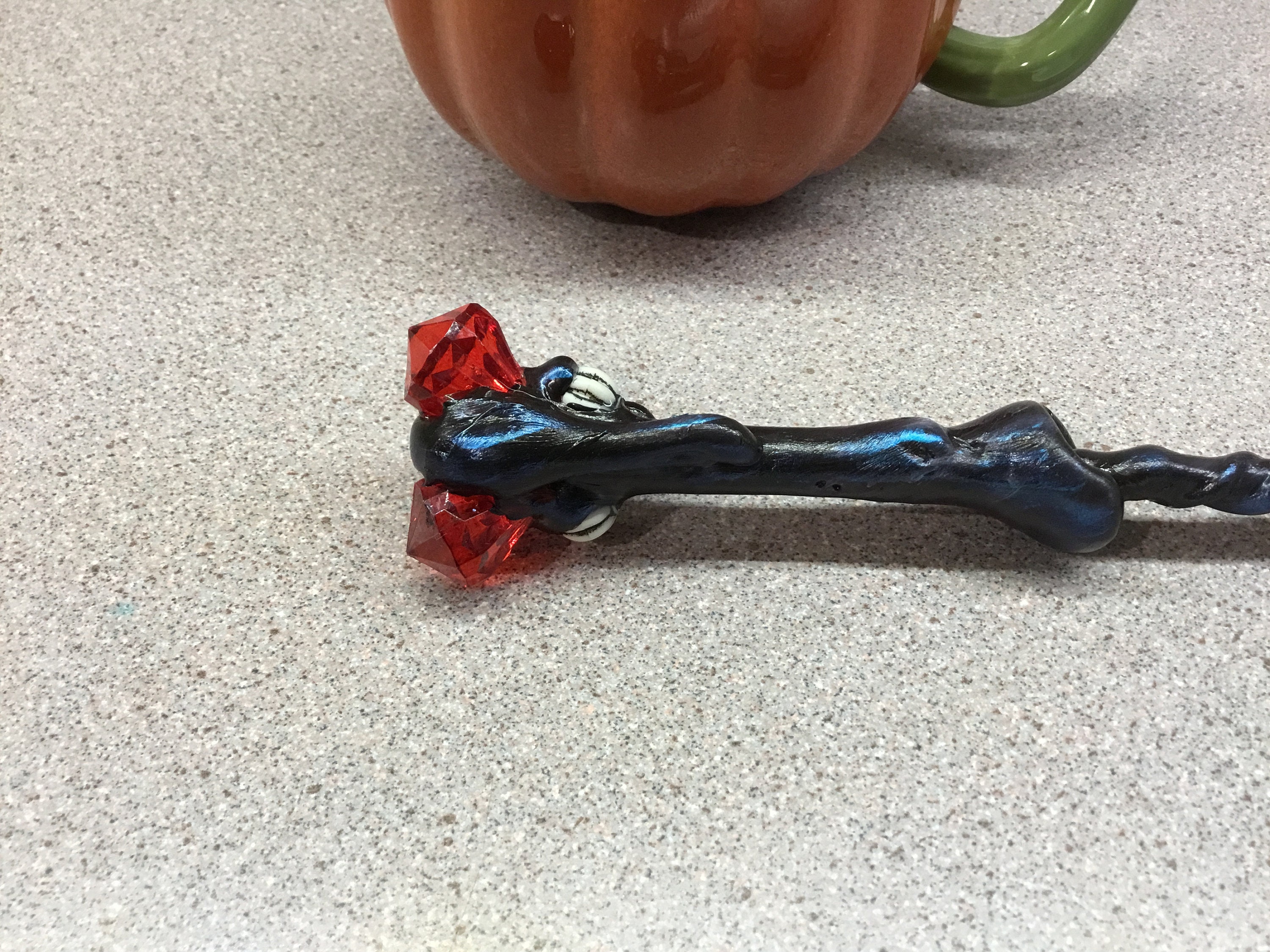 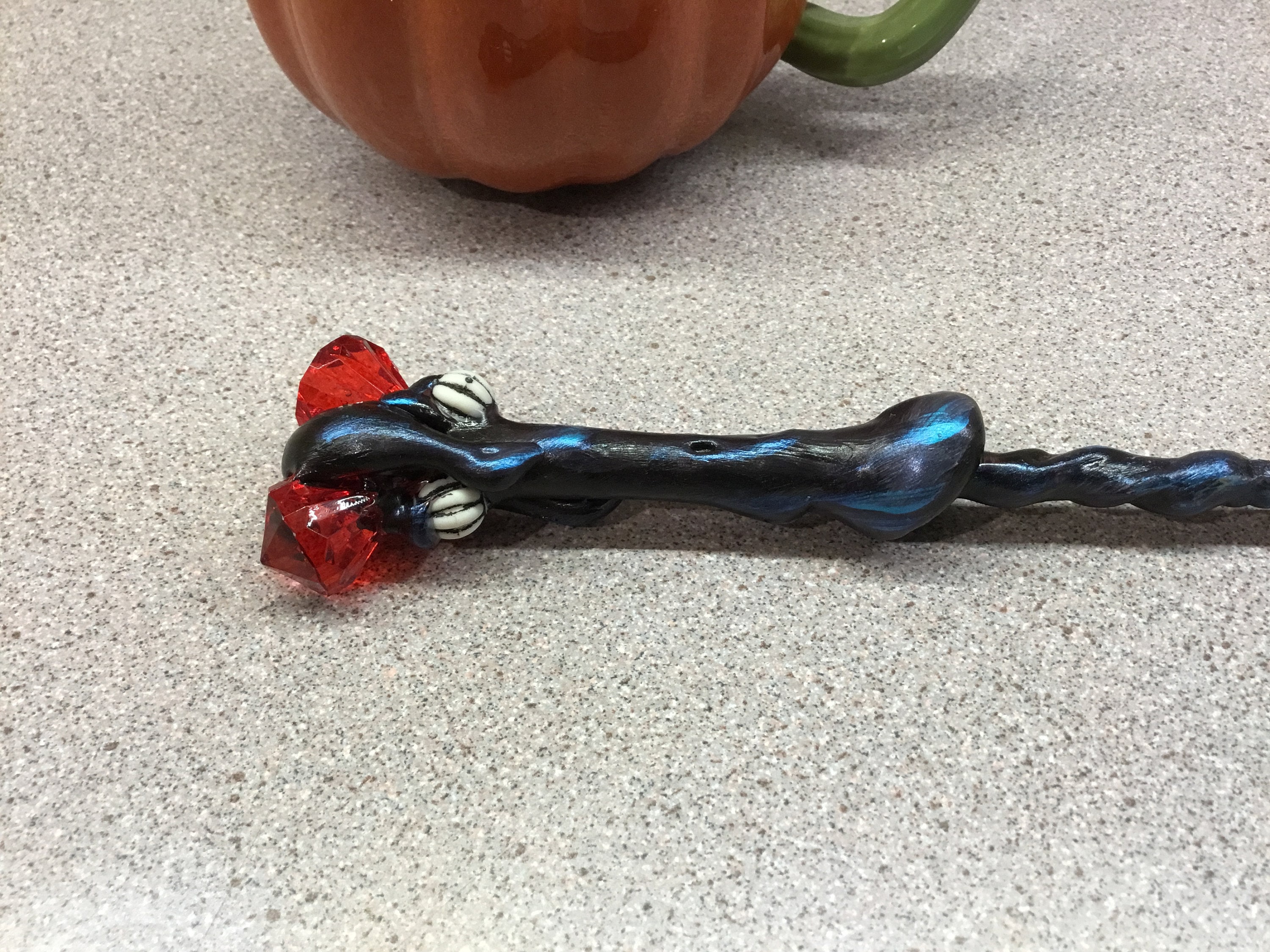 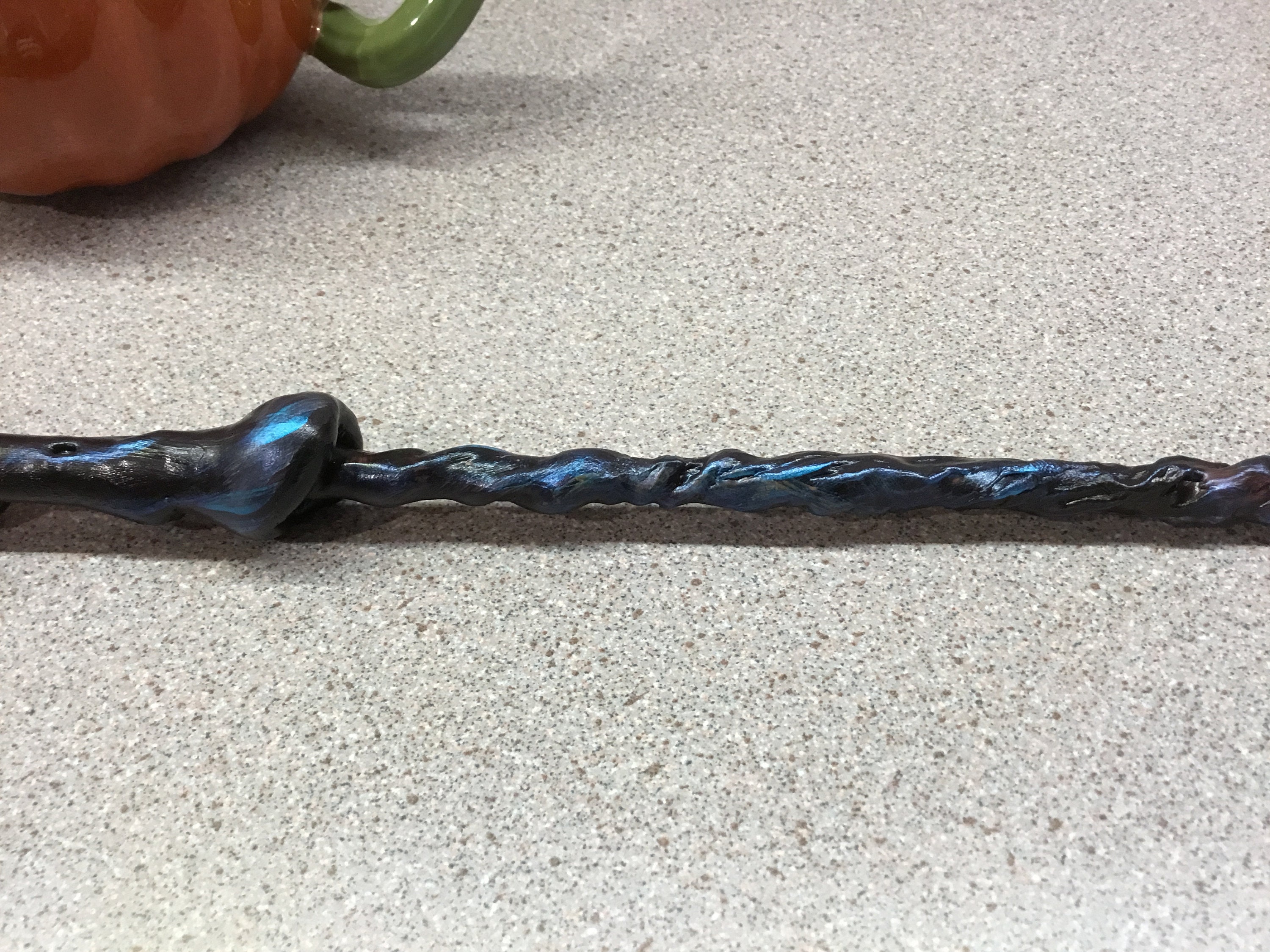 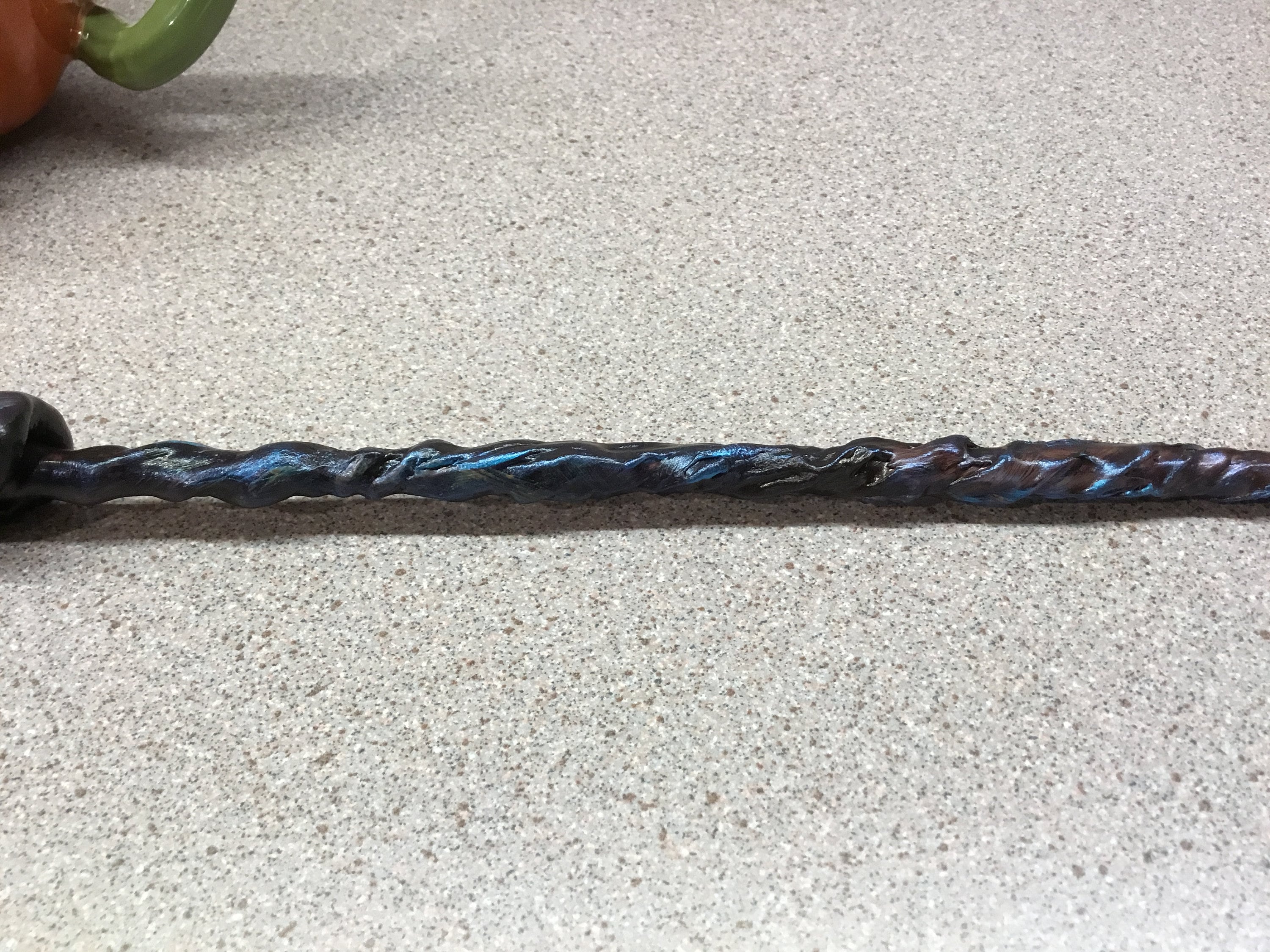 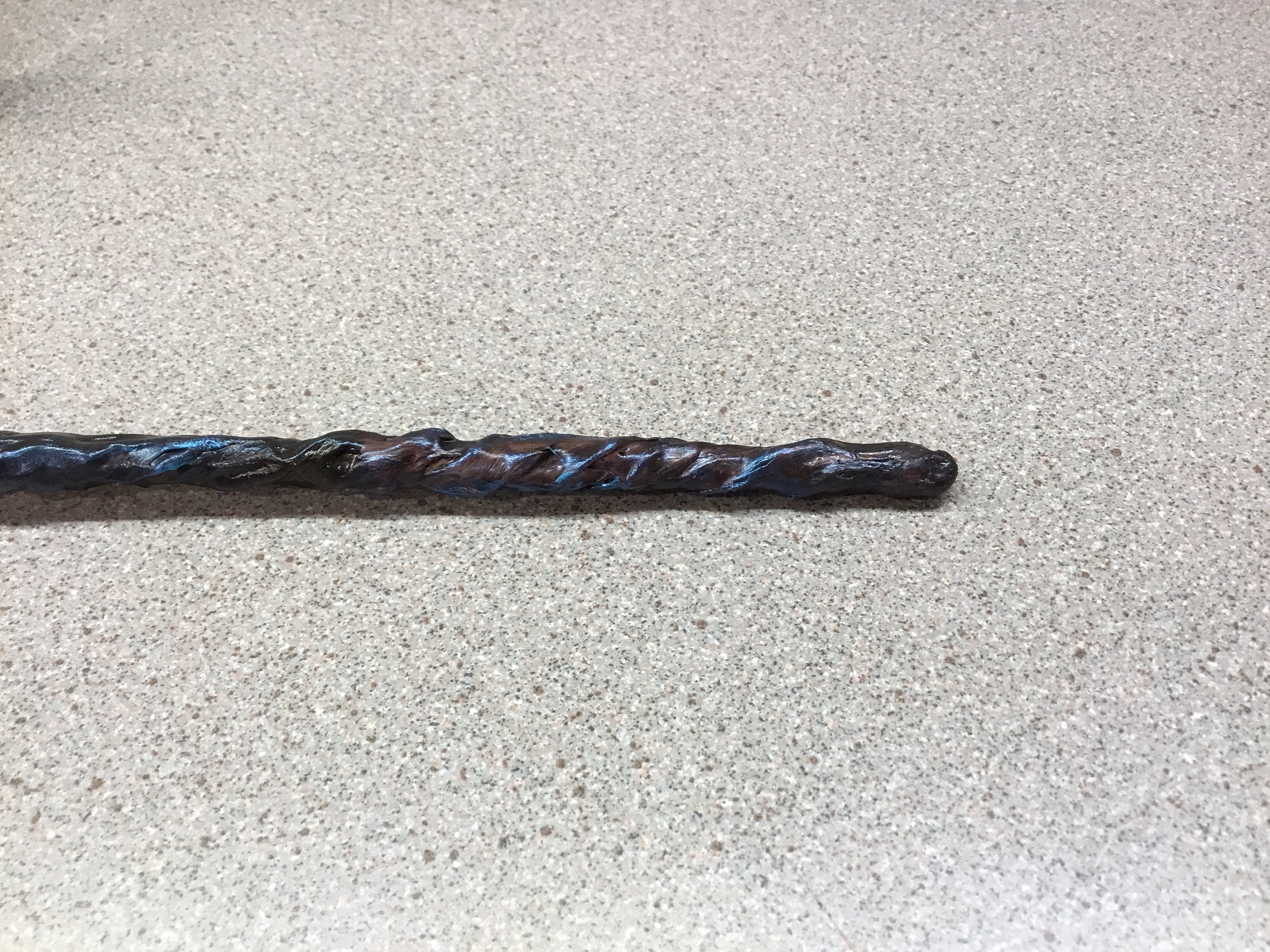 This exquisite 12.5 inch magical wand is a great gift for all ages. Great for birthdays, anniversaries and holidays for every Harry Potter and fantasy lover. Plus, a great addition to your role play costume or comicon collection. Good for witches and wizards of all ages including LARP or live action role play, renfair and comicon costumes and blizzcon outfits or if you just like to collect magical artifacts.

🦋 “ Blackout, Might of the Insane” This wand is made out of Poisonwood, which heavily prefers owners with an affinity for enchantments. The handle is made out of Fiddlewood, which in turn mostly seeks out those who tend to make the right choice. However, the combination of this strand of Poisonwood and Fiddlewood means the wand will seek out somebody who lacks any magical talent.

A wand usually has 1 or 2 cores, but some have 3, this wand has 3 cores. A core of nymph hair which enhances the power of spells, but refuses to aid with destructive spells and cat hair is added to amplify the power of the nymph hair core. Finally, a core of basilisk skin is added in small amounts to enhances healing spells.

The wand measures 12.5" and has an antique look. The particular strand of Poisonwood used in this wand is not very common, which increases the price of the wand, however nymph hair is quite ordinary, resulting in a reasonably inexpensive wand. 🦋

There are two Ruby Red crystals atop this wand. A true work of art!

Request a cancellation within: 2 days of purchase

But please contact me if you have any problems with your order.

The following items can't be returned or exchanged

Because of the nature of these items, unless they arrive damaged or defective, I can't accept returns for: