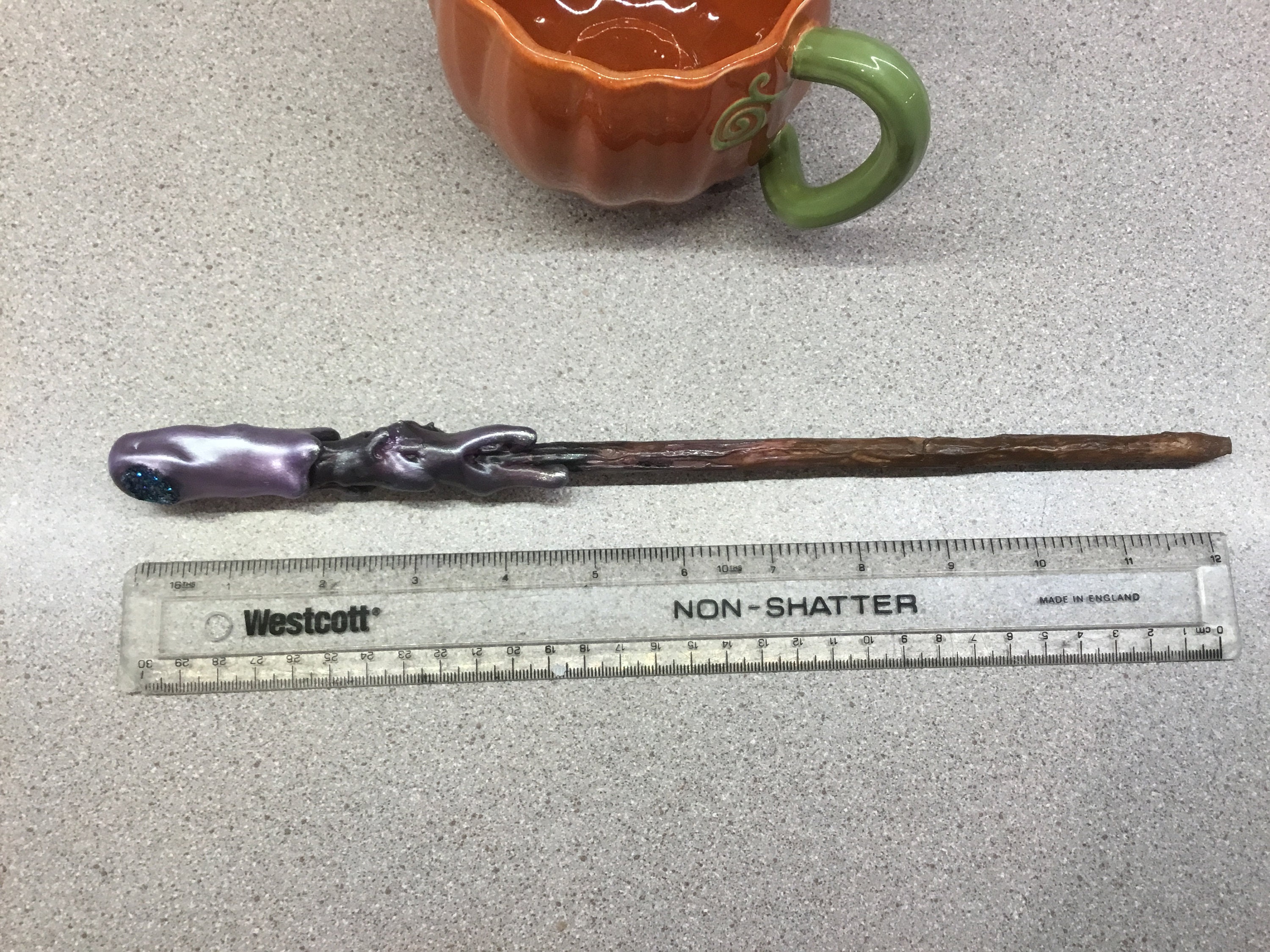 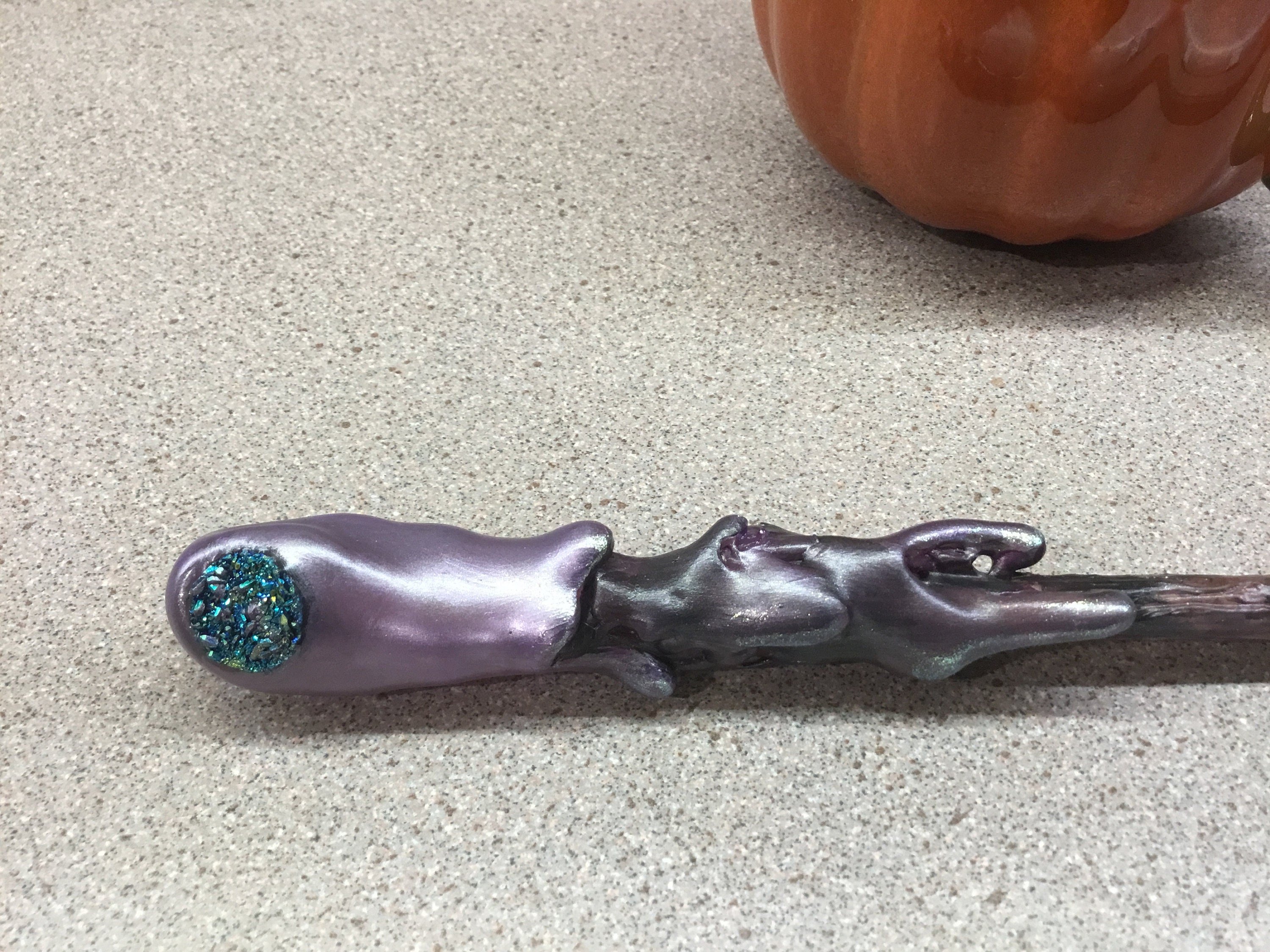 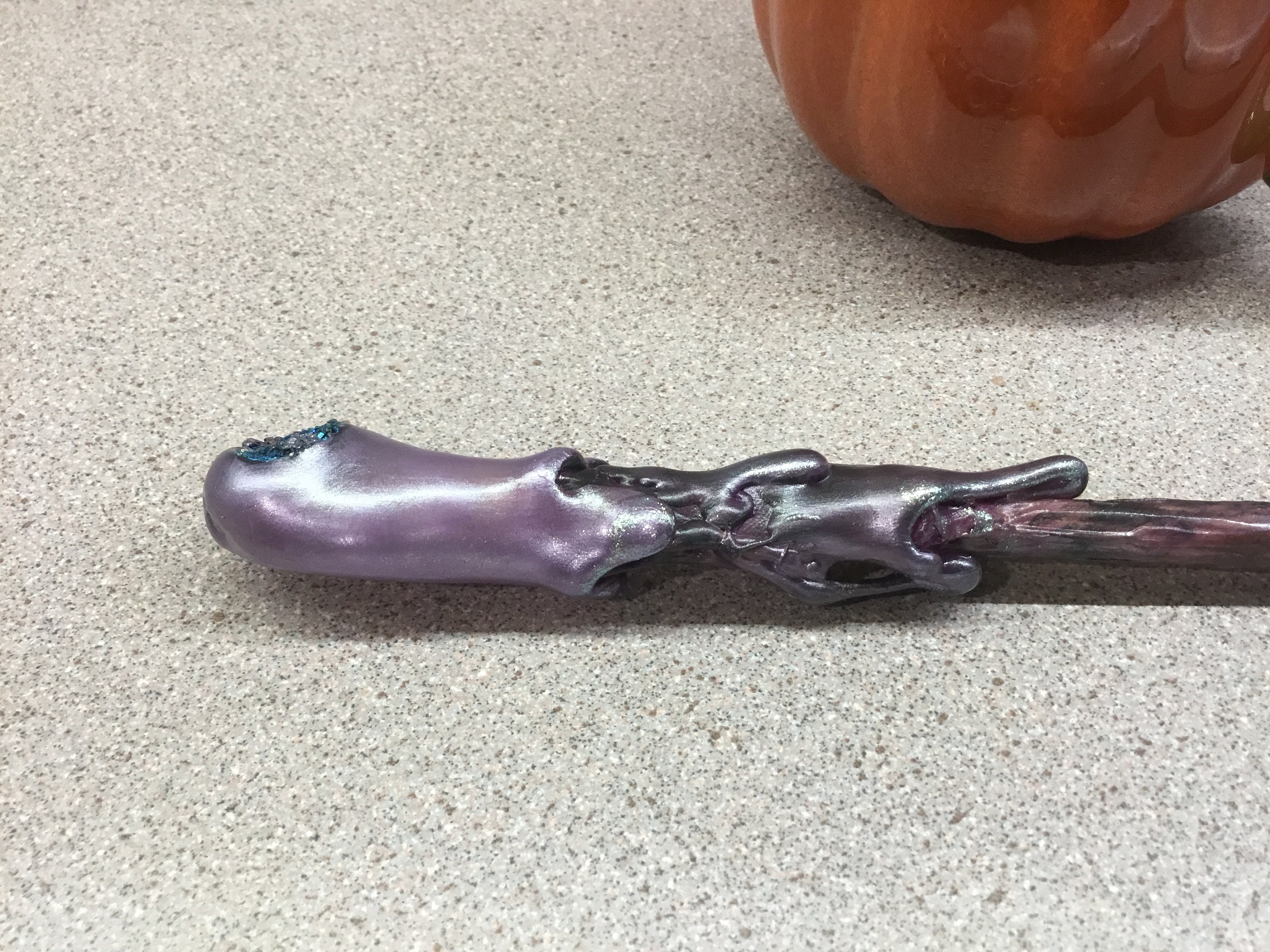 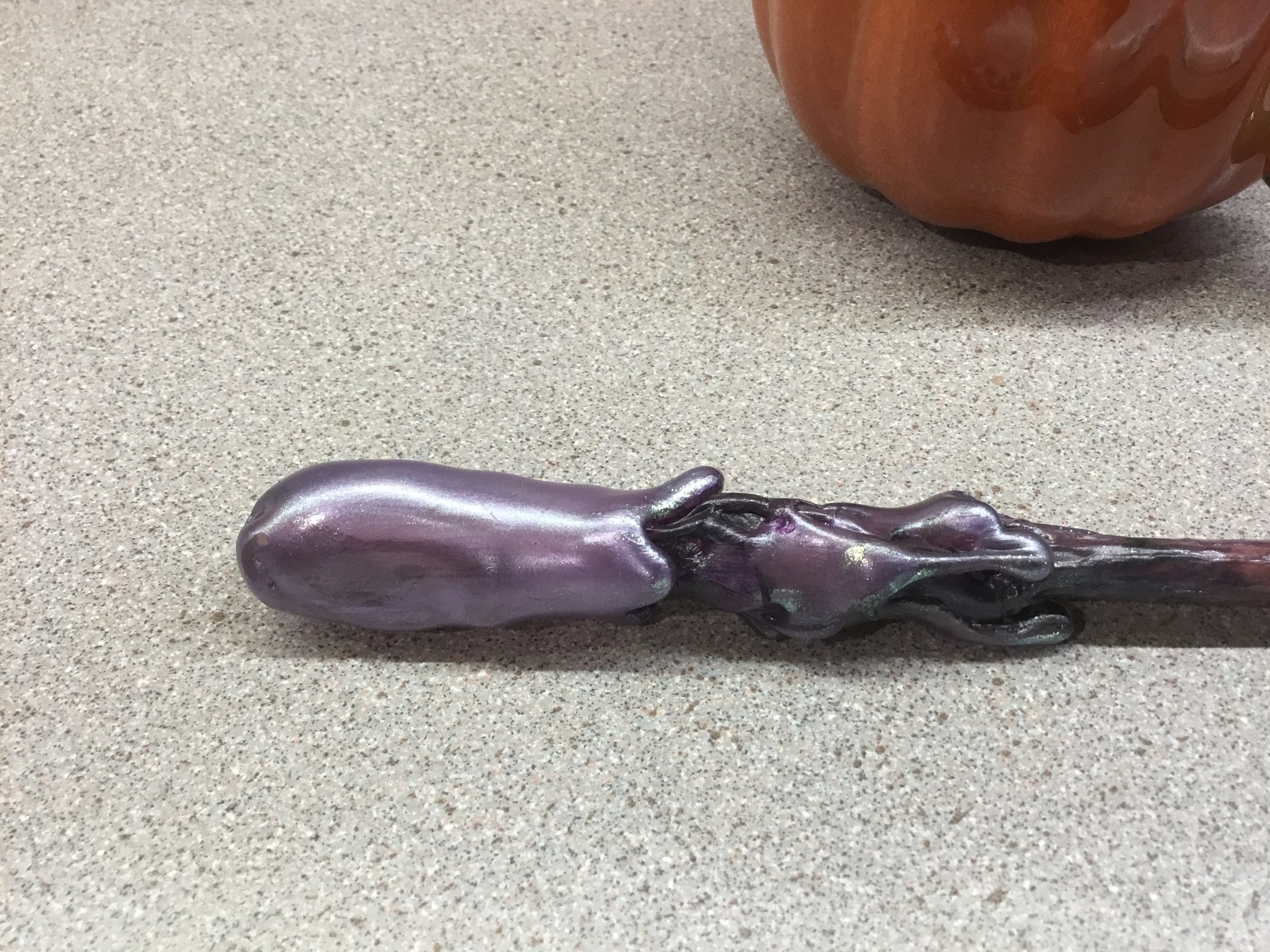 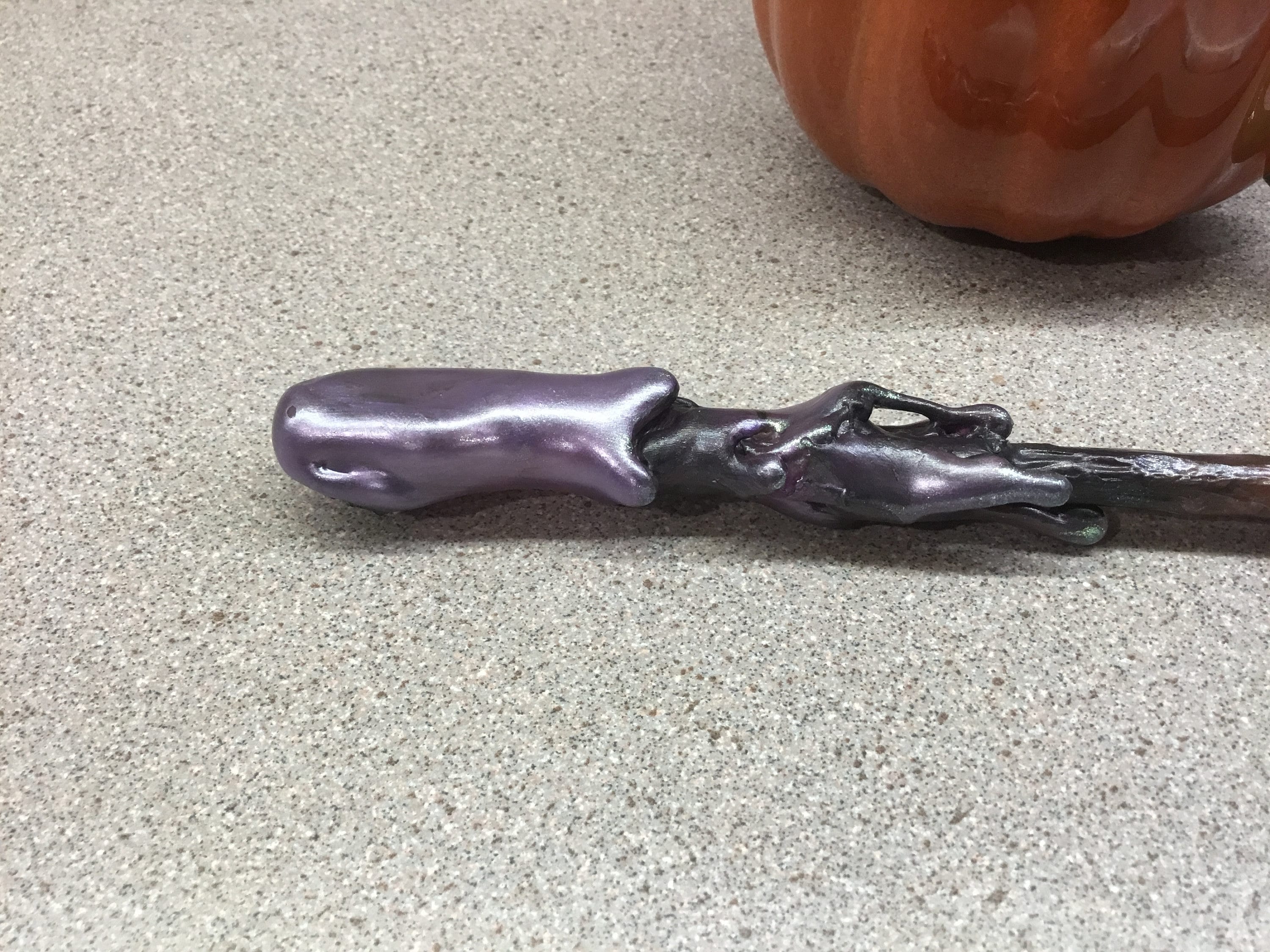 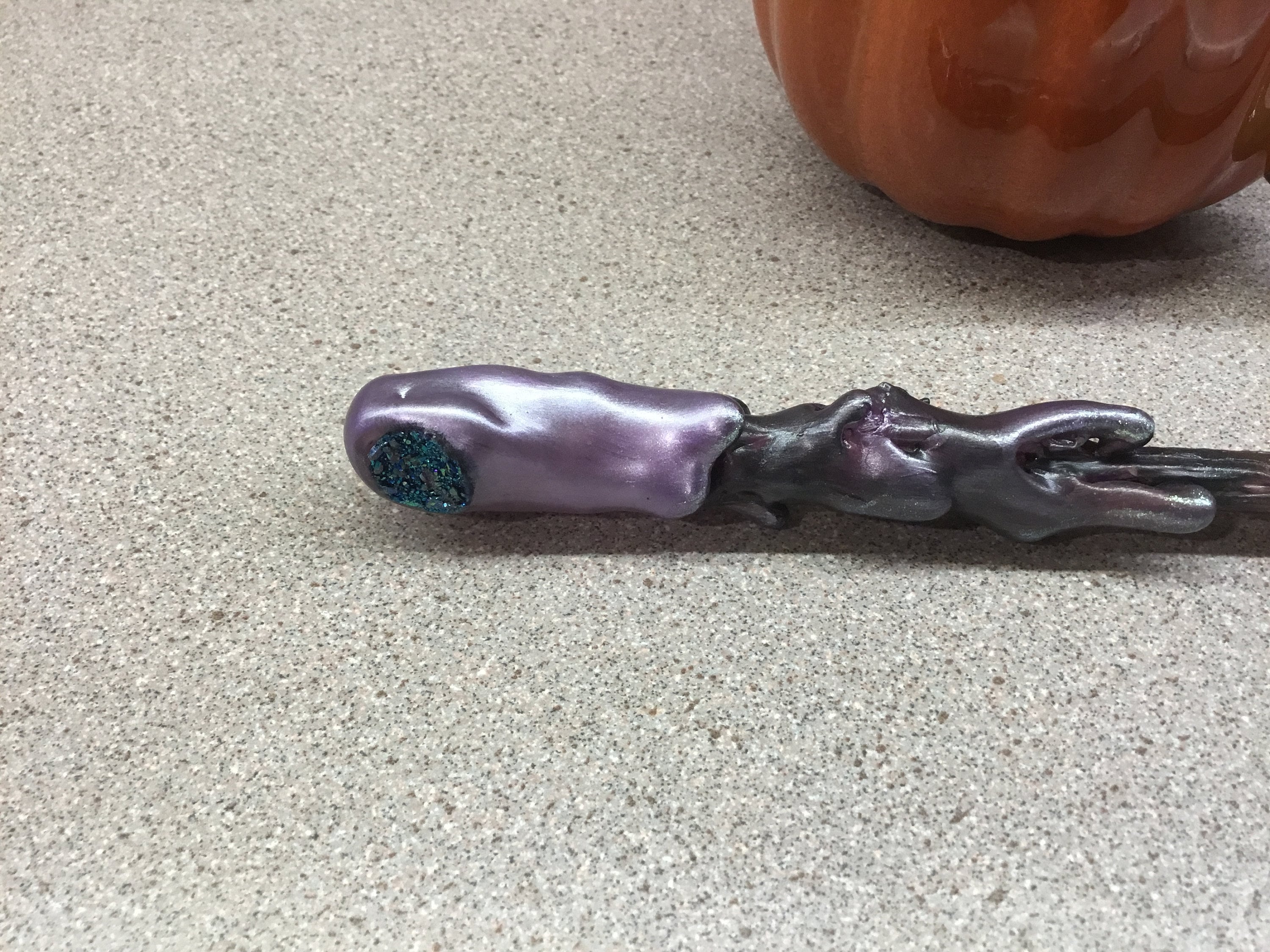 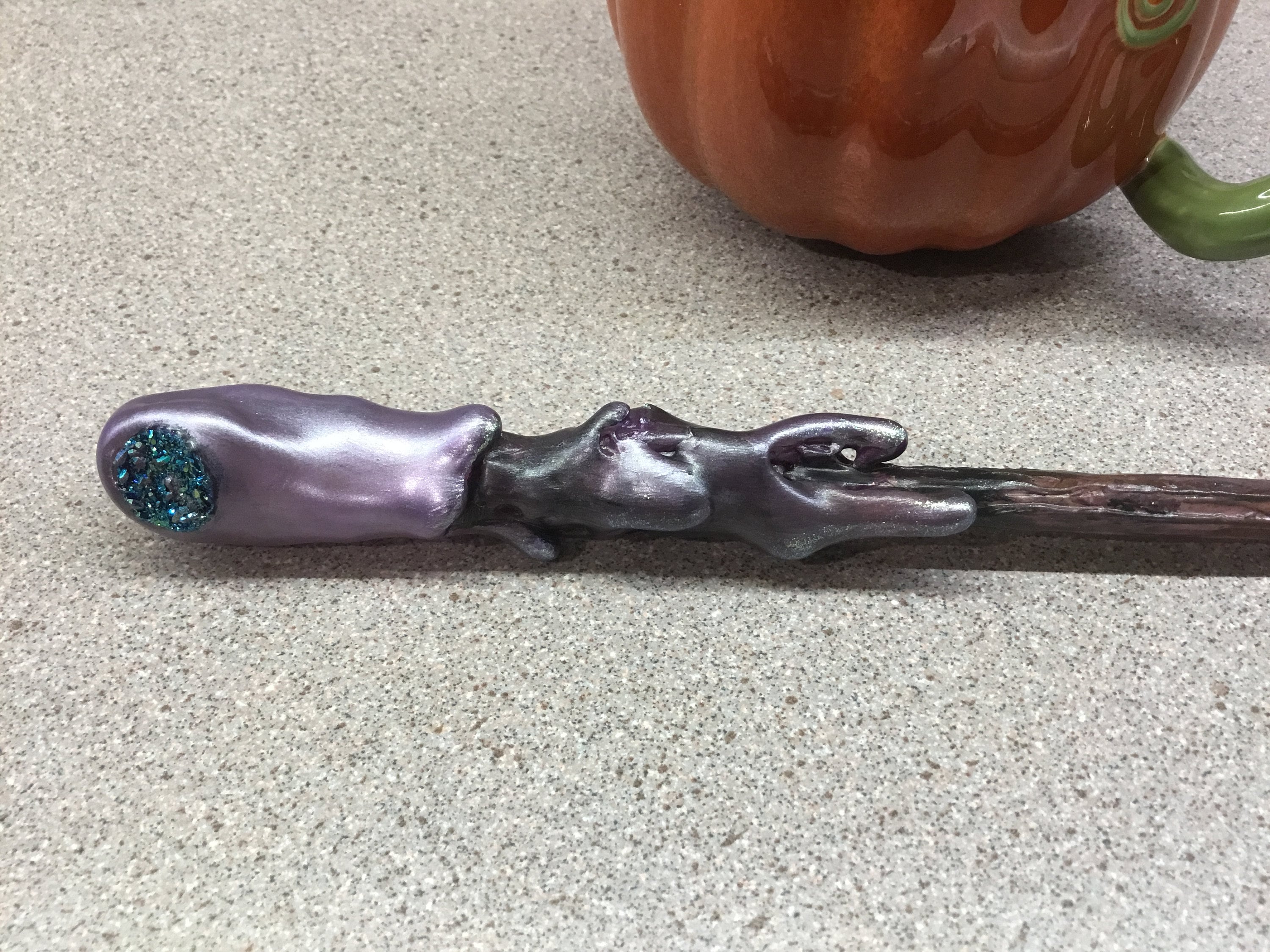 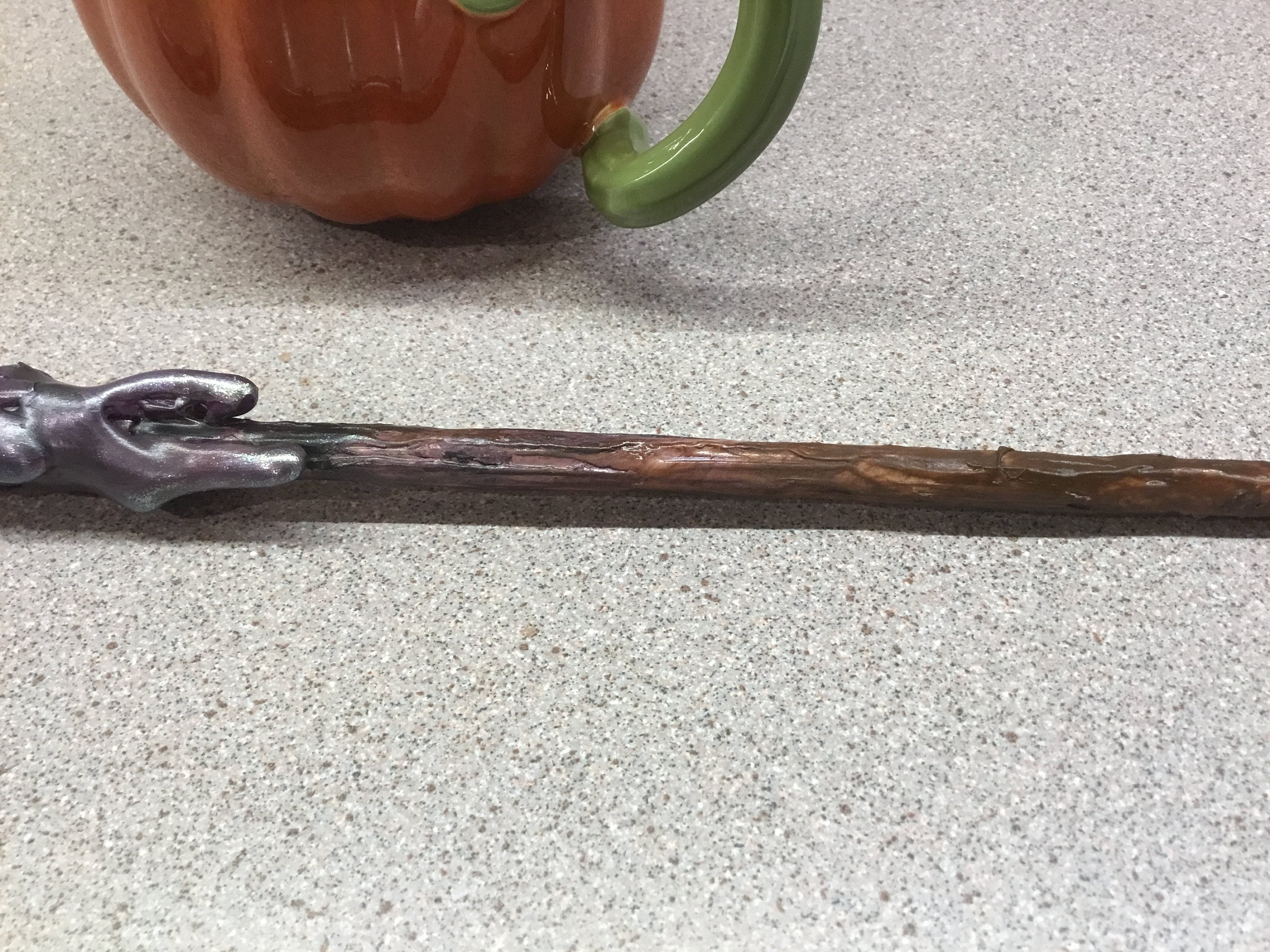 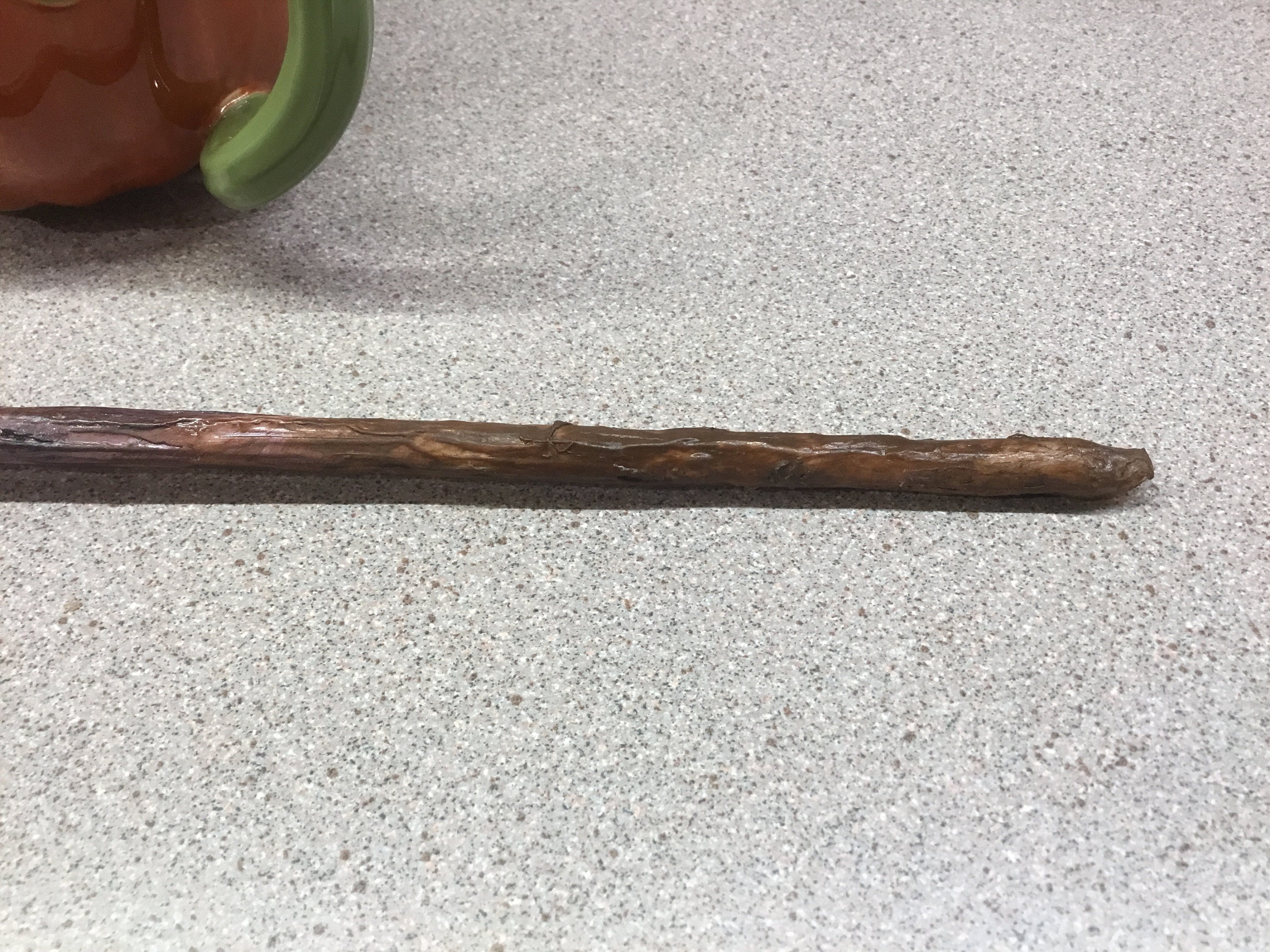 This exquisite 12.5" magical wand is a great gift for all ages. Great for birthdays, anniversaries and holidays for every Harry Potter and fantasy lover. Plus, a great addition to your role play costume or comicon collection. Good for witches and wizards of all ages including LARP or live action role play, renfair and comicon costumes and blizzcon outfits or if you just like to collect magical artifacts.

A wand usually has 1 or 2 cores, but some have 3, this wand has 2 cores. A core of fairy wing which enhances the power of spells but refuses to aid with destructive spells and rat hair is added to regulate the power of the fairy wing core.

The wand measures 12.5" and has a luxurious look to it. The particular strand of Flame Tree Wood used in this wand is common, which reduces the overall cost a fair bit and fairy wing is quite common as well, resulting in a wand priced in the lower range.🦋

A blue-green druzy is set at the top of this wand for added focus. A true work of art!

Request a cancellation within: 2 days of purchase

But please contact me if you have any problems with your order.

The following items can't be returned or exchanged

Because of the nature of these items, unless they arrive damaged or defective, I can't accept returns for: